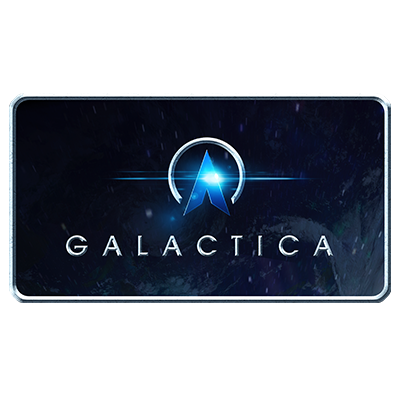 Blast through an advanced launch portal to a dimension beyond your wildest imagination. Break free from Earth’s atmosphere and glide through the air on our iconic flying rollercoaster.

The Story of Galactica

The year is 3019. Deep in Forbidden Valley, a pocket of cosmic energy has been discovered. A wormhole. After extensive testing, it was proven that this wormhole could be harnessed for travel to other dimensions.

The aerospace operating group, Galactica, developed pioneering launch portal technology. The wormhole can now take up to 28 civilian Galactinauts at a time further than they have ever imagined.

Board the AIR-WING 6000 craft, assume the position and commence the launch sequence… 3, 2, 1, blast off! Build up enough momentum to blast through the plasma of the launch portal and enter new realms of galaxies. As you soar over the Earth, you’ll spiral between the rugged vistas of Vega 10. Glide through the cosmic clouds of Espin on a sensational journey like no other. Fly face down, close to the ground, and narrowly brush past the trees and theme park footpaths. From ‘lie to fly’ to ‘fly to lie’, you’ll experience two full 360 degree inversions. Flip onto your back in the world’s first ‘lying down’ ride position. Look up towards the vast expanse of space, the universe and the unknown.

Soar, spiral and glide, around the rollercoaster track that simulates the sensations of flight. Galactica is much more than a standard inverted roller coaster; it is a high g-force roller coaster where you can almost touch the ground and the sky. Embark on an exhilarating expedition to another dimension!

One of the best rides the country has to offer. As close to flying as you can get! Other Rides and Attractions

If you're a fan of Galactica, explore the other thrilling rides in the Forbidden Valley area of the park, such as the exhilarating twists and turns of Nemesis, or the zero gravity thrills of The Blade.